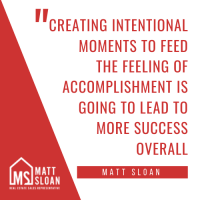 The 3 Morning Success Habits You Need to Know

It’s no doubt that your mornings can set your tone for the day.  Think about how differently your day goes when you’ve had a productive morning. On the flip side, pressing the snooze button too many times, running into the office in a panic, getting stuck in bumper to bumper traffic — my cortisol is rising just thinking about it.

Taking the time to develop a solid morning routine can literally mean the difference between success and failure and there’s a real reason why I think people are so captivated by the morning routines of the rich and famous.

Authors and novels have extensively categorized, researched and explored the morning routines of highly effective people. I break down the three fundamental basics that you can start implementing tomorrow.

MORNING SUCCESS HABIT #1: IDENTIFY WHAT YOUR PEAK HOURS OF THE DAY ARE The time that you choose to wake up each morning might be based on a variety of factors such as your job, priorities, hours of sleep and so on. Motivational speakers, athletes, CEO’s and highly successful people all speak about identifying your specific peak hours of the day. Building your daily schedule around your peak hours will help to ensure that your most important projects will receive your optimal focus and energy.

You can do this by keeping track of the hours that you feel most energetic, alert and motivated and see if you can identify where the patterns and trends lie. Then build your schedule and project execution around those hours accordingly.

MORNING SUCCESS HABIT #2: WAKE UP AT THE SAME TIME EACH DAY. Studies have shown that it isn’t about what time you wake up, but that you get into a consistent sleep cycle and stick to it as consistently as possible. According to Sleep.org, your body actually knows what it should be doing and when, therefore you’re likely already aware of whether your best work is done as an early riser, or a night owl instead.

Hearing stories about Olympians and CEO’s who wake up at 3 and 4am doesn’t have to be an exclusive club you won’t be able to join if you’re an avid late-night worker. Rather than force yourself to wake up at a time that your body isn’t used to and doesn’t naturally acclimate to, you’re better off making sure you’re getting enough sleep each night and waking up consistently at the same time each day. If you’re in the late-night camp, you’ll want to pick a wake-up time that’s early enough to still allow you to crush your goals for the day.

MORNING SUCCESS HABIT #3: SET AN INTENTION FOR THE DAY. Speaking of goals. When you first wake up, before you get out of bed, set an intention for the day. We’ve established that your attitude has the ability to inform how the rest of your day is going to go. And as the saying goes… Where focus goes, energy flows. Getting clear on what your goals are each day and writing down the steps you can take to achieve them doesn’t have to take more than 5 minutes.

By starting your mornings with an intention or a goal and clear steps to achieving them, you can bring your daily wins into the rest of the day. Creating intentional moments to feed the feeling of accomplishment is going to lead to more success overall.

These three success habits aren’t monumental exercises that you need to make major personal shifts to start implementing. What they are, is rooted in a science that speaks to how our brains work.

I don’t necessarily believe that there will be a morning routine that works well for everyone but for me? I’m a big proponent of consistency. Developing a morning habit is the first step, but the key to really seeing results lies in your commitment to consistently follow your morning routine each and every morning.