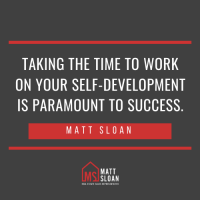 How to Develop Confidence in 30 Seconds

You might have noticed by now that developing confidence and establishing a success mindset is a priority to me. Taking the time to work on your self-development is paramount to success.

Point blank: confidence is everything and I’ve talked about this before. People want to deal with successful people. Confident people attract opportunities, and people like magnets because it’s an infectious quality that people want to be around. Confident people have more opportunities, are happier individuals and have developed a self-reliance system that moves them towards the things that they want. And don’t we all want a little bit more of that?

We all start somewhere and the most confident people you’ve ever seen? Likely spent rigorous hours and practice developing that skill over time, until it felt natural.

We’re all human, and some situations make us nervous, apprehensive or paralyze us with fear — that’s normal. But I happen to have an antidote to that problem.

I’m about to tell you a 30-second hack that you can implement in any situation. This one little-known secret will absolutely transform your entire perspective to reframe your mindset and give you a boost of confidence when you need it most.

So, how can you develop confidence in 30 seconds?

The answer is simple: Act. Count down from 30 seconds and then act on that thing that you’re scared about doing.

How could it be so easy?

Hesitation and pausing is the leading factor in throwing us off our game right when we need it most. By counting down from 30 seconds, you distract your mind momentarily from the clenching fist of fear and worry, and then you act.

Before you even have an opportunity to feel aware of what you’re doing, your 30 seconds are up and you’re making that introduction at that conference, signing up for that course you’ve been wanting to try, or inside the gym on that treadmill.

When we have things that we want to do and achieve, the only thing that’s going to get us there is our actions. We are the only ones who have power over ourselves to go after that thing that we want. No one is coming to do it for you.

People respect people when they say they're going to do something, and they do it. Believe it or not, implementing action is a muscle that can be trained, and self-confidence is the end result. The more you make the decision to act, the better you’ll become at it. As a result, your ability to act gives you less time to construct a list of reasons to paralyze you in fear and keep you stuck from moving forward.

By implementing this 30-second hack I’ve shared today, you’ll slowly develop more and more self-confidence as you become desensitized to your own limiting self-talk that tries to stop you from moving forward.

Over time, you won’t need the 30 seconds to gear you up, you’ll be able to move towards that thing you might be apprehensive about and approach it tactfully, strategically and with confidence. 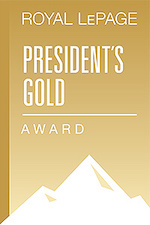