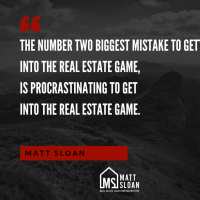 Why do you think you clicked on this post? Would it be fair to assume that maybe you care about avoiding mistakes? There’s a real reason for that. We’re all striving to be better versions of ourselves. It’s often why nostalgia and regret can leave such powerful imprints when we’re reflecting on lessons learnt. Our mistakes are what allow us to evolve and be better in the future, and oftentimes acts as the foundation to our makeup and how we climb to... [read more]

The 3 storytelling secrets to successfully sell anything 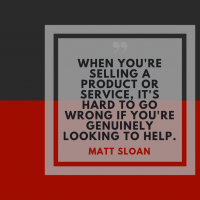 The Wall Street Journal famously told a tale of two high school buddies who were very much alike. Both boys grew up together, were equally the same degree of intelligence, both were personable and charismatic, and both held ambitious dreams for the future. On their 25th high school reunion, the boys returned as men and were both still very much alike. Both were happily married, with the same number of children and even went to work for the same Midwestern manufacturing company after... [read more] 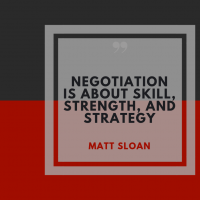 They say negotiation is a delicate process. I disagree. Negotiation is about skill, strength, and strategy. Like anything else, it can be natural-born, developed over time or learned through education and research. But either way? Negotiation is a necessary skill that will serve you throughout your life. If you’ve been following along from the start, you’ll know I’m always here for the restaurant puns so start sharpening up your skills on these 3 fundamental truths to... [read more]